In January 2019,  SDL Surveying took on a mission to get as many people as possible from the office (and the field) to take part in the Derby 10k run.

With various levels of running experience, most had never ran for anything more than catching a bus, but the numbers were out in force and could be seen training in and around Chilwell regardless of the freezing temperatures.

On 7th April, an amazing 41 surveying colleagues took part and completed the Derby 10k. It was a brilliant day and great to see so many people getting together for such a deserving family and cause- the atmosphere was amazing!

The aim was to raise as much money as possible for Myeloma UK- a charity very close to our heart’s, to show support to our lovely work colleague, Team Leader and friend, whose Dad is currently fighting it.

Myeloma, also known as multiple myeloma, is a blood cancer arising from plasma cells. At any one time there are around 17,500 people living with myeloma in the UK. It accounts for 15 per cent of blood cancers, and two per cent of all cancers. Myeloma mainly affects those over the age of 65, however it has been diagnosed in people as young as 20. 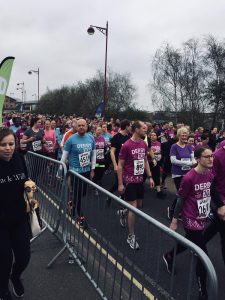 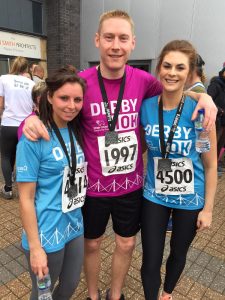 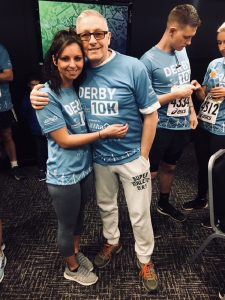 In addition to the run, we did some further fundraising with multiple cake sales- because everybody loves cake! A raffle and on 12th April we took to the local fields and held a rounders tournament!

The total amount raised was phenomenal… over £5200!