Surveyor Blog: Leasehold and Cladding - Where Do We Go From Here?

Regional Surveyor for London Adam Santos started his career looking after leasehold flats for a small London surveying practice and has dealt with plenty of controversial decisions over funding for major work. In this blog, Adam discusses how the fire safety concerns highlighted by the Grenfell tragedy have proven problematic for many involved; not simply because of the sizeable costs, but also in terms of who should pay.

‘Last month the government announced a multi-billion pound intervention with the intention of bringing an end to the uncertainty around unsafe cladding through its Fire Safety Bill.

This would include a £5 billion support package with the government pledging to fully fund the cost of replacing cladding in buildings of six storeys or more. However, this issue now has a much wider scope; with even blocks of smaller size potentially requiring significant investment.

For these cases, the government also announced protection for leaseholders from bank breaking bills; but rather than funding the necessary work, there would instead be government backed finance with repayments to not exceed £50 per month.

Naturally, this was not welcome news to owners of flats who have in many cases already suffered financial hardship during the pandemic. Understandably some well-meaning MP’s and the House of Lords moved to prevent these costs being passed onto leaseholders; proposing the costs be picked up by the freeholders of these buildings.

Despite public support, Government MP’s voted down a proposed Lords amendment to the Fire Safety Bill at the end of February. The result of this vote was poorly received across social media and criticised by some elements of the media.

The disappointment that the government did not support the amendment is easy to understand. The amendment would have prevented Freeholders from passing the cost of remedial work onto leaseholder’s; effectively protecting individual homeowners from paying considerable sums of money for work which should have been done properly when these blocks were constructed. 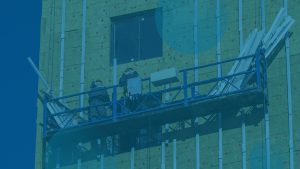 When presented in these terms, many of us would sympathise with the leaseholders position, but regrettably our complicated tenure system does not lend itself to such a simple solution.

Leasehold, particularly post 1950 where we saw a boom in flat construction and new conversions, presented a straight-forward way of binding the various parties to their legal obligations.

In its plainest form, the lease can be viewed as a contract between the freeholder and leaseholder; outlining what each party will do. In most leases the terms will be clear; the freeholder is responsible for maintaining the building.

So why given the issues around leasehold should the freeholders not pay for the work needed?

The simple answer is that Freehold’s are not set up in a way where they could fund these works. They are in effect an investment vehicle; an investment which derives income from collecting ground rents and in the longer term, the prospect of revenue from lease extensions. Where maintenance or improvement is needed; the lease will nearly always specify that the freeholder can collect the money for this work from the individual leaseholders. Whilst the Freeholder has the responsibility to do the work, they are not liable for these costs.

Whilst some freeholds are owned by wealthy individuals as private investments, many are set up as limited liability companies or are held in trust. Frequently, freeholds also form pension investments which could impact on the returns retirees can expect.

The trouble therefore is that in many instances there simply will not be a wealthy individual or company who could pay for these works if forced to do so. Even where there may be an entity such as a pension provider who has the necessary means, it is likely that the legal arrangements will be such that liability is limited.
If legislation were introduced to prevent the freeholder from passing on costs, the likely outcome would be stalemate. The value of the freehold interest would in many cases be dwarfed by the cost of the works needed. In these circumstances I would expect Freehold’s could be placed into administration, simply making the issue more difficult to resolve due to administrators using a moratorium to prevent legal proceedings.

Ultimately what matters now is not the cost or who pays but speed. The four-year anniversary of Grenfell fire is this June, yet we still have a sizable number of buildings which have yet to see remedial work carried out. In some case’s these blocks are subject to an extremely expensive “waking watch” which is not sustainable. They are also subject to sky-rocketing insurance premiums.

Currently, thousands of homeowners are unable to re-mortgage or sell their homes as the uncertainty around the cladding to their blocks means they are unsuitable for lending. What is needed is a solution which ensures this work can be done quickly.’

This situation has come about due to a failure to set and enforce good standards in construction. Fault ultimately lies with government policy and the construction industry but demonstrating that legally has proven difficult. Whatever we do in terms of fixing our existing housing stock, it is vital that we do not allow standards to slip and we repeat these mistakes again.

Adam finishes his thoughts with ‘On Monday 8th March, the RICS published its latest guidance to help surveyors and lenders decide on when an External Wall System assessment is appropriate. We will now need to wait and see whether these standards are widely adopted by the lending community who may choose to deviate from the RICS position to best protect their interests and that of their customers’.